YOUR BESTSELLING AUTHOR DREAMS
ARE JUST A CLICK AWAY...

A New Way to Support Your Writing Journey

We’ve looked at the models of University degrees, Online Courses, Conferences, Writing Retreats and created a unique and immersive experience where writers learn, and get motivated with practical, real-world advice. We are also creating one of the most supportive and inspirational writing communities on the planet.

And the most important part? It’s about creating your writing dreams, taking action and finishing the best book that you know is inside you. We’ll be there to guide you all the way, and celebrate with you when you write THE END!

In-depth Masterclasses with relevant writing assignments for your current project.

A step-by-step map meeting you where you are, honouring your unique journey.

The most inspirational and supportive community of like-minded writers.

The Inner Game of Writing

Exclusive Coaching for Writers on everything from productivity, procrastination and habits.

Choose Your Own Adventure

The Bestseller Academy is an ever-expanding learning environment that grows with you.

DESIGNED AROUND YOUR LIFE

The Bestseller Academy is a premium, self-paced programme for writers who are ready to invest in becoming the very best writer they can be.

We recognise that many educational organisations expect you to work around their schedule and deadlines. We think this is an outdated approach. You want to invest in your education, but we want to honour that you are unique, and have a unique life. Many of our writers are:

So we have designed the Academy to with work you. And the best bit… no exams!

Why This Approach Works

Alongside interviewing some of the world’s bestselling authors — Ian Rankin, Michael Connelly, Joanne Harris, to name just a few — we’ve been running our own experiment. Since 2017, we have built a private group called the BXP Team made up of 200+ writers — people just like you — who joined with dreams and aspirations. We have seen the most incredible results.

Apart from the group declaring itself as “the most inspiring place anywhere on the Internet for Writers”, we have also seen our writers grow to incredible heights. Many joined as:

We have watched these writers grow to:

And did we mention the Awards? From this small group, we have:

Bestselling Author of Back to Reality & The End of Magic. Screenwriter of the movies Robot Overlords (Ben Kingsley, Gillian Anderson) and The Little People. Fifteen years with Orion Publishing Group. 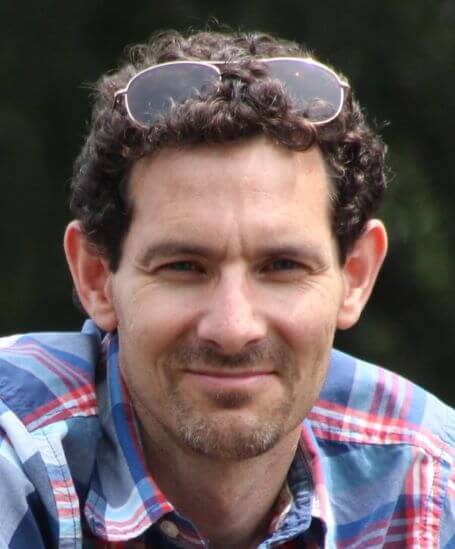 Bestselling Author of Back to Reality, Professional Coach and Speaker for over twenty years. Bestselling Recording Artist. Teacher & Lecturer with over 10,000 students worldwide.

"If you have ever listened to an episode of our podcast, The Bestseller Experiment, you'll know that we want to inspire you to reach your writing dreams, and we are now taking this to a whole new level.

The Bestseller Academy has been in the making for four years and we can't wait to welcome you to your new Writing Home!"

What People Are Saying about The Two Marks...

"Just a quick message to say a rather huge thank you for all the inspiring, endless advice. Without the two of you and your fantastic motivation, I'm sure I'd never have got my ridiculous, out of this world, six figure deal.”

Lorna Cook, Author of the Kindle #1 book, "The Forgotten Village"

“Like the hundreds of other authors you have inspired along the way, you two motivated me to put fingers to keyboard once again. You have me believing I CAN be a success. Thank you for the inspiration and the amazing advice.”

I JUST PUBLISHED MY FIRST COLLECTION OF SHORT STORIES

"I would never have got this far without you both. Not only did you help me come to terms with 'being a writer' and identify what exactly I wanted from that idea, but also you have demystified writing and publishing in such a way that I stopped thinking of it as an insurmountable wall but as a path to navigate. Thank you... you've made me brave and excited about writing again, when I had spent a good many years doubting myself and my abilities."

I SNAGGED A GREAT AGENT FOR MY NOVEL

"I wanted to thank you. I benefit from your hard work, and wanted you to know  you know that what you do matters and is greatly appreciated. I have to admit I was skeptical at first but you have thoroughly won me over with your enthusiasm and humor, insight and mad interviewing chops."

YOU REKINDLED THE FIRE INTO A BLAZING INFERNO

"I have been working on my book for almost a year now. There was a time when the fire began to fade, but since listening to you, not only has my desire to write been rekindled it has grown into a blazing inferno. You have helped me remember that the fire does not control me, I control it. Thank you for the inspiration, and the gut check."

Is the Academy Right For You?

THE ACADEMY IS FOR YOU IF YOU...

WHO THE ACADEMY IS NOT FOR

If you have ever listened to the Bestseller Experiment, you know we love to dream, but we are also realists. We pride ourselves on being honest, upfront, and saying how it is, but also having lots of fun along the way.

We’ve created this Academy for Dreamers and Realists alike, but we also want to tell you who the Academy is not for: No Risk To You

We are confident anyone joining the Academy will be inspired to create their very best work. We also understand that it is a big investment for you and your career. If you are accepted into the Academy and feel that during the first 30 days it is not right for you, we will refund your fees in full, no questions asked.

Choose between an annual payment or monthly installments

Here are answers to some frequently asked questions:

When Is the Application Deadline?

August 14th 2020 or when spaces are filled. Whichever comes first.

Every writer struggles with confidence. The Academy is designed to take you from wherever you are today to the very best you can be tomorrow.

What does it cost?

$1,990 per year. Up to 50% Scholarships are available for those with financial needs.

Is there a payment plan?

How do the Scholarships work?

The Scholarships are designed for people with financial need who would otherwise not be able to apply to the Academy. If you wish to be considered for up to a 50% scholarship towards fees, there is a section on the application form.

How long does the application take?

There are three main questions to answer:
1) A brief overview of your writing adventures to date.
2) What you currently working on, or hoping to work on in The Academy (if you know yet).
3) What is your writing dream.

Will you teach me how to publish a book?

This course is about writing your book. We touch on many elements of publishing, and there is lots of expert advice around this, but the focus is getting you to THE END.

When will I find out if I have got a place?

Around 15 working days form when you apply.

One last thing... I have another question!

The Application Window is now open (space is limited).

© 2020 The Bestseller Academy.  All rights reserved